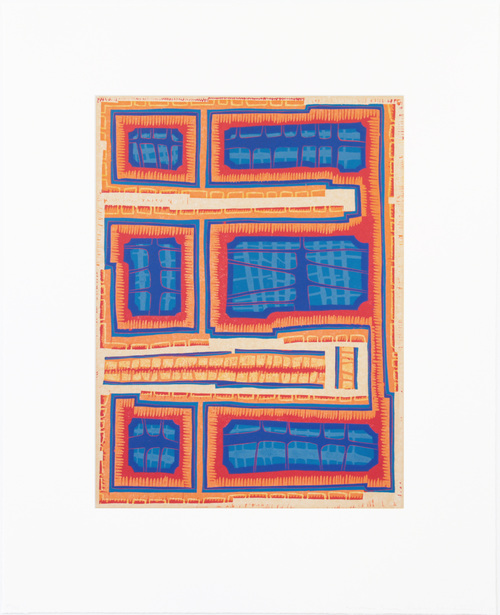 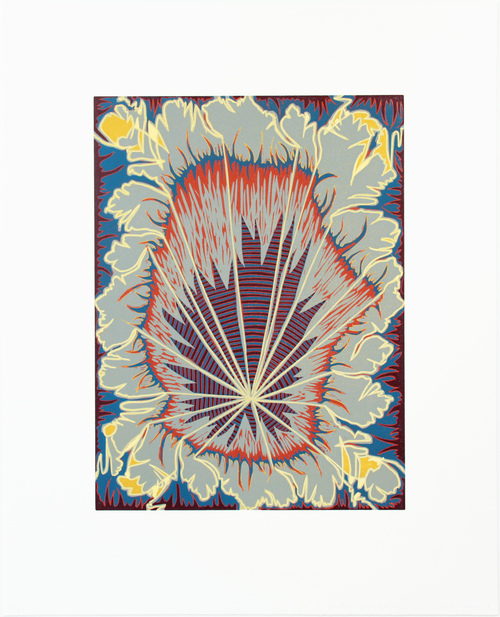 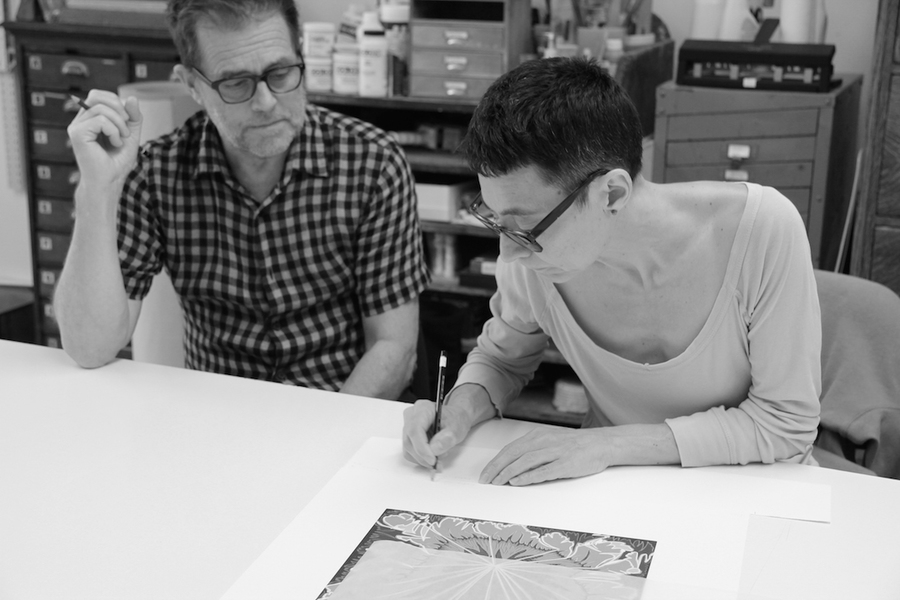 In February 2018, Katia and James came into the printshop to start their first ever visual collaboration. We decided on two separate but collaborative reduction woodcuts as it is a method and medium familiar to both. This fascinating process has been likened to a game of chess as one is required to think many moves ahead. There is no going back and no changing the image once the round of paper has been printed. As they traded the blocks between printings, they navigated their cutting based on the other’s prior cutting. Move by move these images were created, alternating between Katia’s and James’s hands. Each layer is recognizable to their particular style but comes together in the most harmonic way. It was so much fun to see each other's surprise when they revealed their newly cut blocks in the printshop after they’d swapped from the last round. Alternatively, they each chose the color for the block which they had not cut that round. In an interesting twist (and perhaps counterintuitively) if one of them decided not to cut away the block on their turn, the previous layer would be printed over thus minimizing the last move. The more one cut, the more the previous layer remained in the final image. After 7 rounds of cutting and printing and 8 months later- the final prints were revealed. I am very excited to present Fourhand Choker and Jawbreaker Sixplay!

James Siena (b. 1957, Oceanside, California) is a New York based artist whose complex, rule-based linear abstractions have situated him firmly within the trajectory of modern American art. His artwork is driven by self-imposed predetermined sets of rules, or “visual algorithms,” which find their end-result in intensely concentrated, vibrantly-colored, freehand geometric patterns. Siena works across a diverse range of media, including lithography, etching, woodcut, engraving, drawing, and painting. His work is held in numerous prestigious public and private collections across the U.S., including Museum of Fine Arts, Boston; San Francisco Museum of Modern Art; and The Metropolitan Museum of Art, The Museum of Modern Art, and Whitney Museum of American Art in New York. He is represented by Pace Gallery, New York.