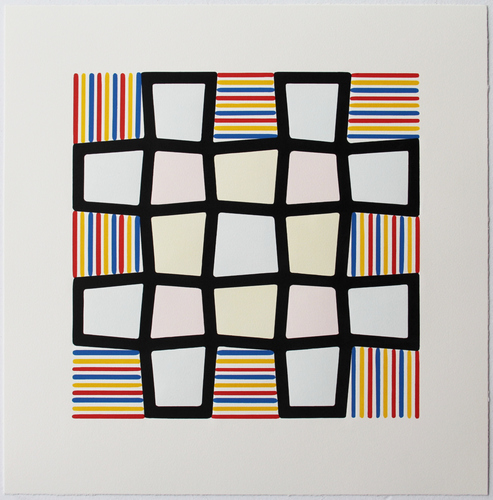 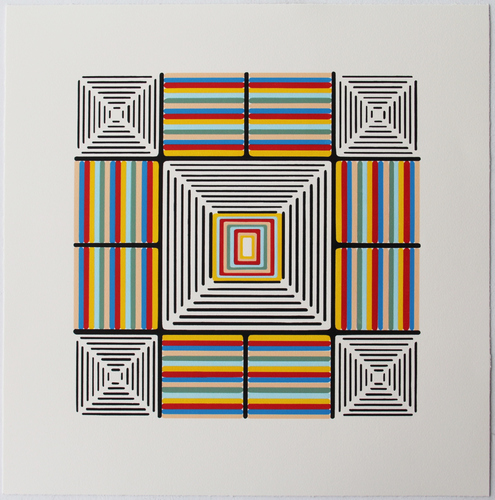 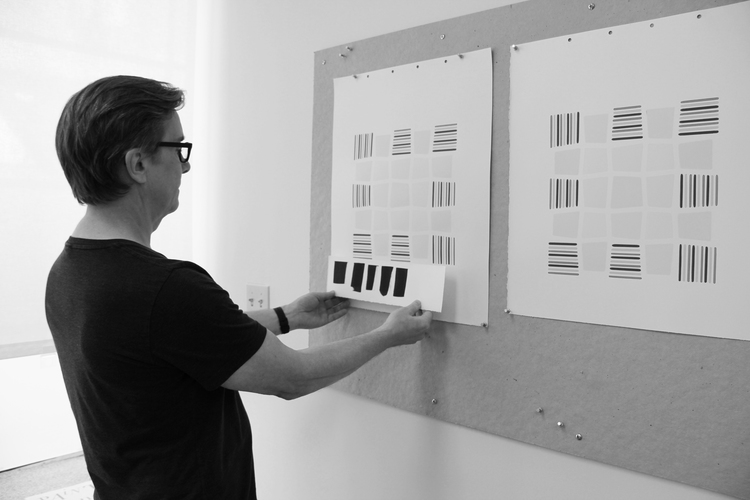 Using a precise free-hand technique, Warren Isensee creates geometric abstractions that appear mechanical in nature. Forming the composition of his works with a process similar to automatism, Isensee’s work focuses on investigations of color and reductivist abstraction. Inspired by his early studies of architecture, and reminiscent of hardedge painting, Isensee’s dizzying structures of line and color illuminate, what the artist describes as, the electric “space between two solids.”